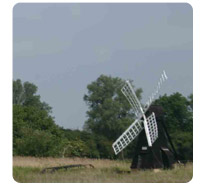 Fen are a unique and once typical habitat of Cambridgeshire. Wicken Fen is one of Britain’s oldest nature reserve the first areas being acquired by the National Trust in May 1899. The nature of the Fen has been shaped by topography, hydrology, and in particular, by centuries of use by man. The wetland has played an important role in the social and economic life of the area. As a result 29 species of mammal, over 200 species of birds, 1000 species of moth and butterfly, 1000 species of beetle, approaching 2000 species of fly and 25 species of dragonfly have been recorded from the Fen. The Fen therefore is a refuge for a very large number of UK Biodiversity Action Plan priority species. As a consequence the Fen is a National Nature Reserve, a Site of Special Scientific Interest, a Special Area of Conservation and a Ramsar site.